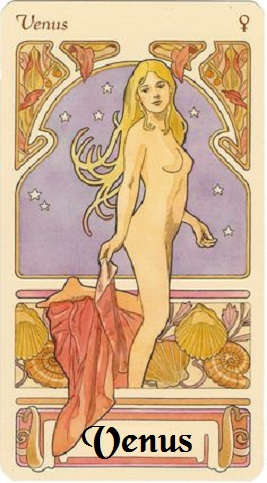 Venus is the ruling planet of Taurus.

Venus has a cycle of 224 days and spends around 4 weeks in each sign.

It is a planet of exquisite beauty. The third brightest object in the skies (after the Sun and Moon), it was once thought of as two separate planets as it rises at both sunset and sunrise. The ancients knew, however, that the morning star Eosphorus and the evening star Hesperus were one in the same, but to this day Venus rules two signs, Taurus and Libra.

With very few exceptions, modern Astronomers who have mapped Venus have given the physical features on the planet names, which in almost every instance are female. Taurus is a feminine sign.

Venus is the second planet from the Sun and the sixth largest. Because it is closer to earth than any other planet, to us it appears the largest. When Venus is in Taurus, or in our sign, our desires seem larger than anything else in our life.

There are some astronomical facts known to modern man that weren t known to the ancients but even so, portray aspects of Taurean energy. Although Venus has a year very similar in length to the earth, it rotates at an extremely slow speed, making each day incredibly long 243 earth days to one Venus day. Secondly, Venus s rotation and that of its orbit are synchronised so that it always presents the same face to the Earth when the two planets are at the closest.

Scientists, to this day, do not know if this is merely coincidence or is because of some resonance effect. For Taureans, beauty and pride in appearance are paramount, so is patience (some call it stubbornness). Beauty, whether it is of the body or the psychical environment, is very important to Taureans. How apt that Venus herself portrays the same characteristics, wanting to take her time and always show her best side .

To the ancients Aphrodite did not just rule Venus, it was Aphrodite they saw in the night sky. 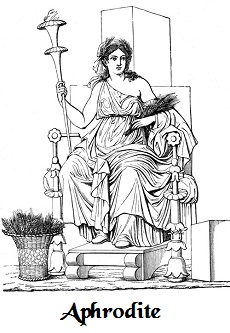 In Aphrodite we find one of the most colourful figures in Greek Mythology. Aphrodite (meaning foam born) is the goddess of love, beauty and desire. She is a very complex Goddess, for she could be jealous, vain, spiteful, disloyal and even vindictive. Yet she also evokes love, pleasure, passion and joy. But then, are not these the very aspects of human nature that we all display? In many ways Aphrodite is a very human goddess.

To understand Aphrodite you need to understand what drives her and that is that she was a goddess who truly and totally believed that she deserved as much love and pleasure as she could get and that she was the most beautiful and desirable goddess in the world.

Aphrodite had enormous self love and to gain the object of her desires she did not care what she had to do to get it. To Aphrodite the ends justified the means. Beauty, love and material gifts are things that Aphrodite Venus aspires to. She is also a very fertile goddess, giving birth to many children, from many lovers. 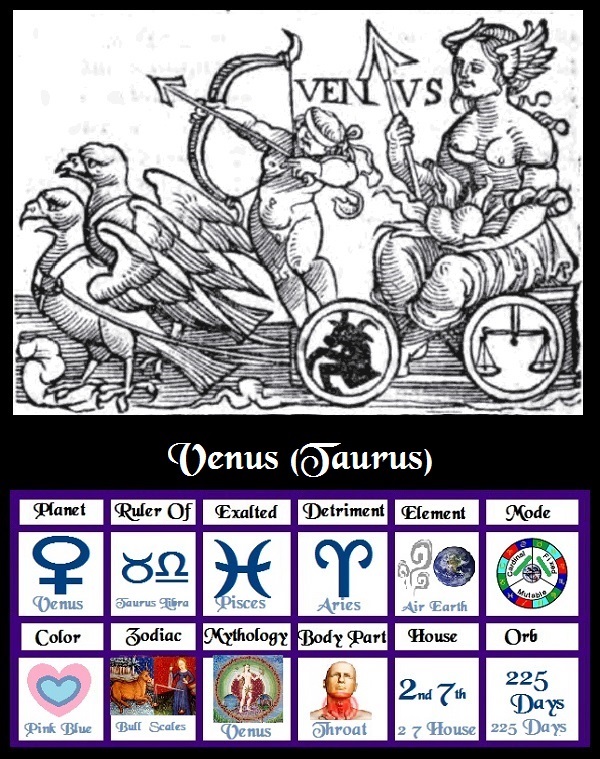 As with any of the signs, Taurus gains its energy and characteristics from the multitude of factors that go to make up this sign. It gains its rich sensuality and fertility from the Bull. From Venus comes its love of beautiful objects and its rich sensuality in love. As an earth sign it is practical. As a fixed sign it has a hard work ethic, one that stays on the job and doesn t give up. It needs to be, it is the sign that watches over the planting. Being a fixed sign, spring is at its peak. The ideas of the first part of spring have to be turned into reality. If the seeds aren t planted there will be no crop, no crop means no survival. Taurus energy has to be hard working, patient and dedicated to the pursuit of new life.

Taurus is one of the most ancient of signs, with it is origins stretching back to the very origins of human civilisation. Two main features of Taurus the sign and origins of Taurus, is it is focus on fertility and the building of structures that would last, whether they be buildings or of knowledge, wisdom or power. This is a very strong energy, earthy and solid. It is Taurus energy that has brought us what we know from our distant past. The Great Pyramids and the Wonders of the Ancient World, all rich Taurean themes. Without Taurean Fertility Rights and Worship, we may not have even survived as a species.

When the Sun was moving through the sign of Taurus, it was often a time of ritualistic sacrifice, with an animal sacrificed, with great ceremony, to bless the groups and new life being born. Ceremony and doing things the right way are all Taurean aspects. It is not within Taurean thinking to have thrown some seeds in the ground and hope they d sprout. For Taurus energy comes from a time when life was brutal and fragile. If the plants didn t sprout there would be no food in the winter, which meant death.

Taurus has a great respect and reference and a need to apply practical and focused energy into the task at hand.

The end of spring will be the domain of the next sign, Gemini. It is in the last month of each season that we meet Mutable, or transitional energy.

Taureans are said to be stubborn and bull like. Is this from its symbol the bull, from the fact that it is a fixed sign or is it more importantly the energy of the season? Taurus energy needs to be stubborn. The task had to be stuck to. It is not an ideas time, it is a time to muck in, get your hands dirty and get on with the job. 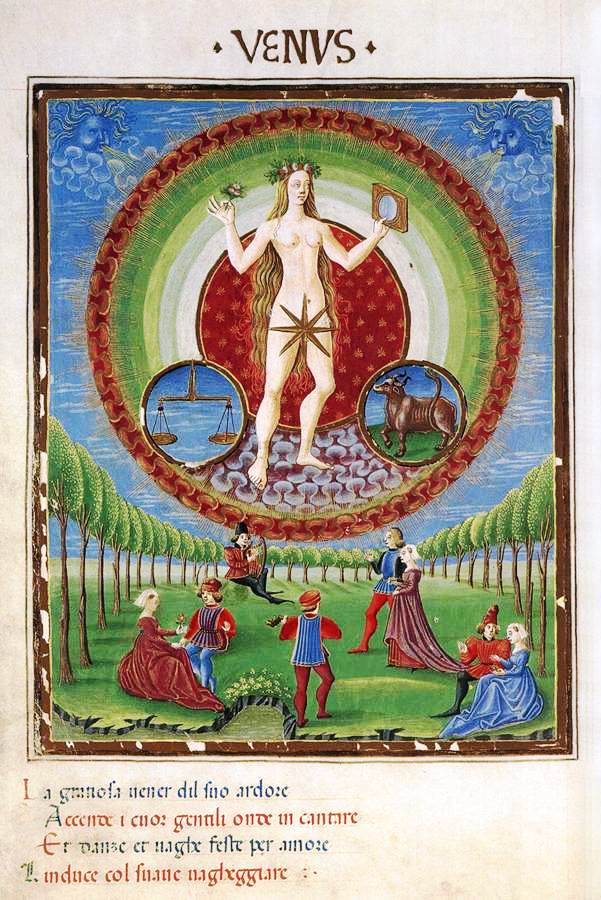