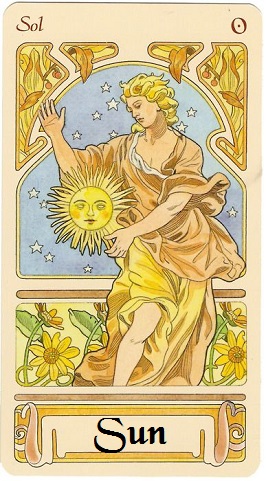 Leos ruling body is not a planet at all, but the Sun itself, giver of all light and life. It is the largest object in the solar system and if all the matter in the solar system, including planets, moons and asteroids were put together, it would only make up .2% of the total mass, with the Sun composing the remaining 99.8%. It is interesting to note that of the .2% that the rest of the solar system makes up, Jupiter contains most of the rest.

The Sun is not a solid body at all, nor does it move in a uniform direction. The outer layers rotate at different rates. At the equator the surface rotates once every 25.4 days, but at the poles, it rotates every 36 days. This is because it is made up of gas, but in its core it rotates as a solid mass.

The Suns output of energy is huge. It spews out 386 billion, billion megawatts of energy a second, in nuclear fusion reactions. Each second 700,000,000 tons of hydrogen is converted into 695, 000,000 tons of helium and energy in the form of gamma rays. The Sun s magnetic field is strong by terrestrial standards and complicated. Its magnetosphere extends well beyond Pluto.

As well as heat and light, the Sun emits a stream of particles called the solar wind, which roar through the solar system at 450 km/sec. When these solar flares come near earth, they have a dramatic effect, in the form of power surges, radio interference and in the form of beautiful and stunning aurora borealis .

The Sun is about 4.5 billion years old. It will continue to radiate for another 5 billions years, with its luminosity doubling in that time. Eventually it will run out of hydrogen fuel, but not for billions of years.

The God that is most often associated with the Sun is Apollo. Apollo is the son of 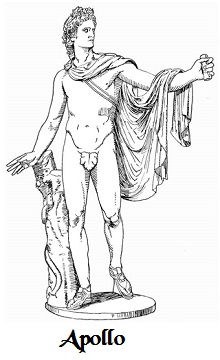 Zeus and Leto, the goddess of the night . As a baby, he was not nourished on his mothers milk, but nectar and ambrosia. He grew to manhood with amazing speed. He was still a newborn baby when he threw off his swaddling clothes and stood, in all his manly glory.

The smith god Hephaistos gave him a bow and arrow and with that he set off to find a place of sanctuary. He chose a gorge that was inhabited by a female serpent (Python), sent by Hera, to destroy Apollo. He killed the serpent and made the gorge his sanctuary and called it Delphi. This is the famous oracle of Delphi where Hercules himself went to have the massive weight of guilt lifted from his shoulders.

At birth he was given the gifts of prophecy, music and knowledge and it was to the oracle of Delphi that many of the gods came for guidance and prophecy.

Once a year, in the autumn, he left Delphi and travelled to the mysterious land of the Hyperboreans, where he could enjoy eternal light, for Apollo could endure the dark days of winter. In fact he was the enemy of darkness. He also had the power to lift the burden of guilt and shame from men, driving away illness, sadness and internal shadows 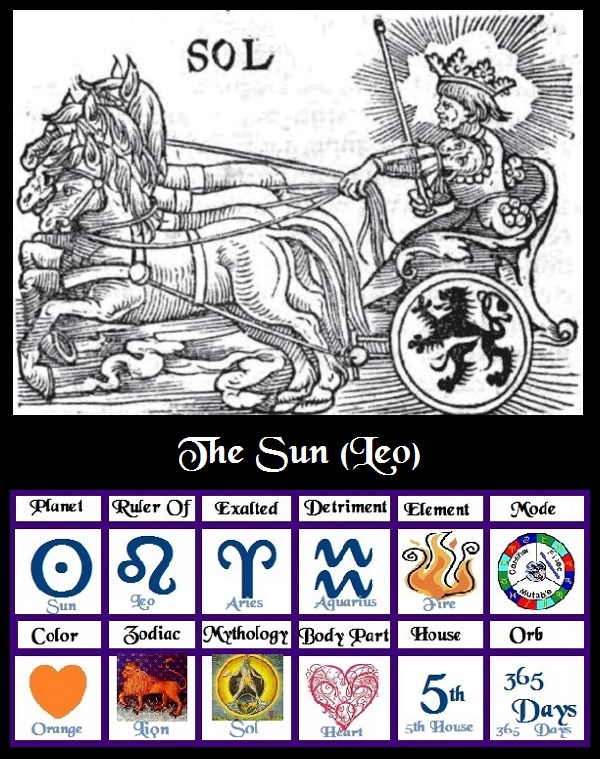 In Leo we find the most regal of all the signs. Its symbol the Lion is not only the king of all the beasts but has been a symbol of power, kingship and divinity since antiquity. It was majestic and empowering, just as the Sun, its ruling body. Leo is a fire sign and is the proudest of all the signs.

From Hercules struggle and eventual victory of the Nemean Lion, Leos get their sense of individuality and personal power. It is a sign of courage and inner strength. Man made tools could not kill this beast, Hercules had to do it with his own hands, but then he was able to wear this victory as protection. He owned up to his mistakes instead of leaving them in the dark, where they could have destroyed his spirit. Leo represents light conquering dark in all its meanings.

Apollo, its ruling deity, was the God of prophecy, healing, knowledge and music. Even when the Python was sent to destroy him, he not only killed the beast but also installed female priestesses at Delphi and called them Pythoness. Apollo represented a quality in Leo that does not avoid darkness or problems, it overcomes them and wears them with pride, just as the Sun devours the darkness.

From both the creature, the Lion and the season itself we find the aspect of love and courtship. Leo rules the fifth house and when a planet moves through this house it is said to bring joy, laughter, pleasure and romance. The Lion s whole social structure is built around the concept of mating and reproduction. In the season we find a time of year when it is hot and languid. It is a season with few manual demands. The hard work of spring has born fruit that won t be harvested until the Sun moves into Virgo. It is a time for love to bloom.

This is a time of year when food is plentiful and love is in the air. There is colour everywhere, as life itself adorns itself in all its finery. These are all Leo qualities. This is a sign of joy and pleasure and light over dark. 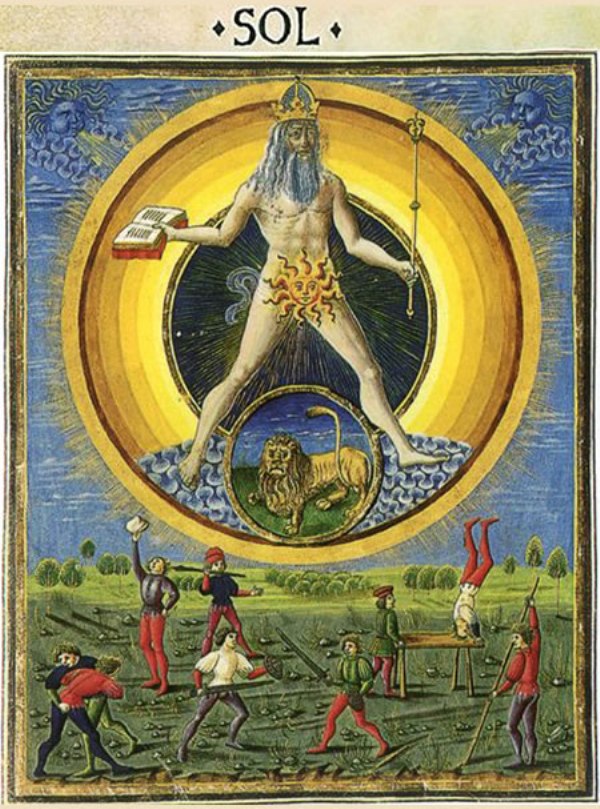