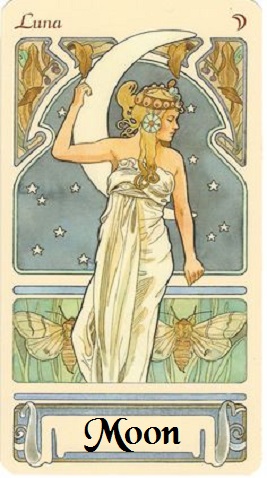 There is absolutely no need to tell you where to find the Moon in the sky. For thousands of years the Moon has enchanted mankind. In prehistoric times, before we learnt to tame the land and farm, the world was a different place. This was a time of matriarchal rulership. It was women who were referred to as the wise ones and it was the Moon they worshiped.

With the advent of civilisation, society became more patriarchal . This new age of male domination was more Sun based. Hence, the Moon has always been an ancient and primordial symbol and always associated with Women. Its worship stems from a time long before history books were ever written. Cancer is a sign that is often interested in history and the past. It was women who fed their families. Food is central to Cancereans. You will find many Cancereans working in restaurants and a Crab without a full fridge or pantry is an unhappy creature.

The Moon is the second brightest object in the sky and circles the earth every 29.5 days. It begins each new orbit on a New Moon, two weeks later it is fully illuminated by the sun and then begins to wane, ready for the next New Moon. Twice a year the Sun and Moon move into a band in the sky that makes eclipses possible. Every six months we have a Solar and Lunar eclipse, two weeks apart. Occasionally there are more.

The Moon exerts gravity on the Earth and as the earth revolves on its orbit, the gravitational wave moves slightly ahead of the Moon, this causes the Moon to accelerate and as a consequence, slows the earth down. Over the millennia this has meant the Earth has slowed down fractionally (and I mean fractionally) each year. As a result, the Moon gets higher it its orbit by 3.8 centimetres each year. This phenomena means that at present the Moon is exactly the same distance from the earth as it is smaller than the Sun. This makes Eclipses possible. We are the only planet in the solar system that experiences Eclipses, in millions of years when this ratio changes, we won t have them anymore. Just as the Earth is being slowed by the Moon s influence now, so the Moon was slowed by the Earth in the past. Whichever way you look at it, the Moon has a huge influence on not just our planet, but also our lives.

Can you imagine then, that if the Moon s gravitational effect is strong enough to not only create the tides, but actually influence the earth s orbit itself what affect does it have on us! With our bodies made up mostly of water, a Cancerean is more prone to swings and depths of emotions, not just brought on by lunar transits, but from everything around them.

The Moon has evoked songs, inspired lovers and poets all things emotional. Even the word lunatic comes from the word lunar .

There are many Gods who are said to rule the Moon, among them Dianna the Hunter. But it is in Artimis, 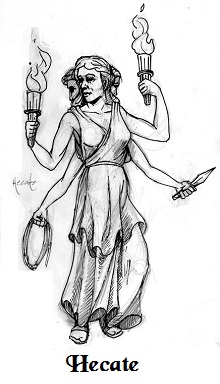 or in her more ancient form of Hecate, that we meet the Moon Goddess of ancient times.

Hecate is the legitimate child of Hera and Zeus (yes, he did have legitimate children). She stole a pot of her mothers rouge and to avoid punishment she fled to the house of a woman who had just given birth. In ancient times it was believed that anyone who came in contact with childbirth was rendered impure. So in order to wash off this stain, she was taken into the underworld to be cleansed. But do not forget, Hecate was a Moon Maiden and they do not like being told what to do. So instead of being purified, she stayed down there as one of the rulers of the underworld. In fact, she became known as the Invincible Queen presiding over cleansings.

As the Goddess of Enchantment she was said to accompany Cerberus, the three headed dog that guarded the Underworld, to torment men through their dreams. She was said to haunt tombs and the scenes of crimes. Cancereans make wonderful Detectives.

Hecate was very much daddy s little girl . Zeus denied his daughter nothing, including the power to grant or withhold from mortals any desired gift. Thus, Hecate is one of the most ancient and archaic figures that preside over magic, death, children, the underworld and fate.

Since ancient times Cancer has been the symbol of the Great Mother and motherhood. Women in labour were said to call out for Artemis help. Artemis mother is said to have borne her without pain. Since her birth the Fates proclaimed her patroness of childbirth. 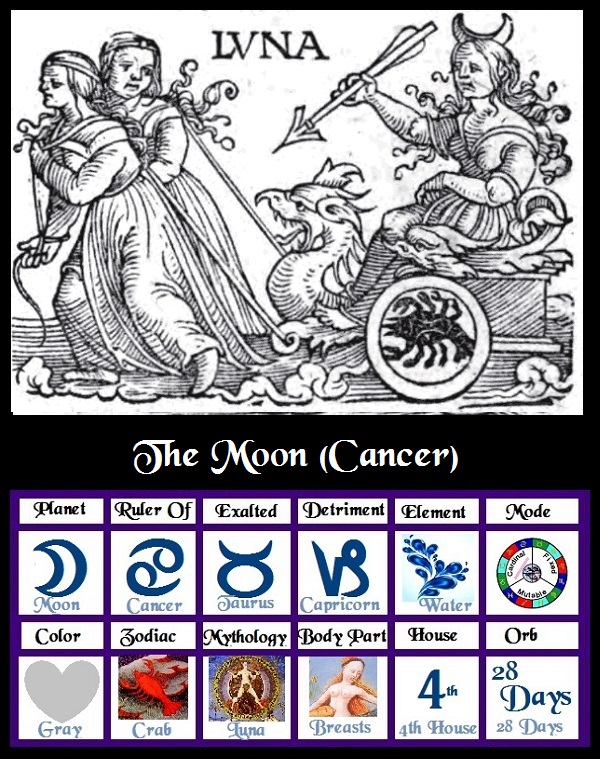 In Cancer we find all the characteristics of the Crab. Never one to confront a situation, Cancer energy is content to side step and hide behind its defences. But do not be fooled, there s no coward there, just one extremely tough cookie and definitely not one to trifle with. You might succeed in tearing the odd limb off but you won t defeat the Crab in the long run, he ll simply grow a new one.

The Constellation of Cancer is a dimly lit one, in fact one of the dimmest, displaying only a few stars. It is indeed the sign of the underworld. The Ancients called it the Dark Sign , often being described as black without eyes. Cancereans have a love of mystery and the unexplained or what can t be seen but can be sensed .

Yet many of the Cancerean traits can t be ascribed to the Crab, but they can to the Ass. Those of wilfulness, tenacity and the desire for life to be exciting. It is said that during the battle between the Olympians and the Titans (from which Zeus emerged as the new King of the Gods) that the Satyrs rode into battle on the backs of Asses. Their braying made such a commotion that the giant Titans fled. Asses were given an honourable status in the Olympian world after that.

As a Cardinal sign it is a sign of initiation, of new beginnings. The longest day of the year is a time when there is maximum light optimism is one of the Cancerean traits. In fact, it is a sign of great contrasts, for it gets its moods from the cycles of the Moon, from its Mythology and dark placement in the heavens and its link to the underworld.

The Moons domain is that of the Night.

Cancer has always been the sign most linked to Motherhood. The promise of future potential yet to be born, but gestating, just as the crops in the ground are at that time of year. It is a sign of great expectancy in every sense of the word.

The Moon has often been the focus on rituals and traditions. These are very Cancerean traits. 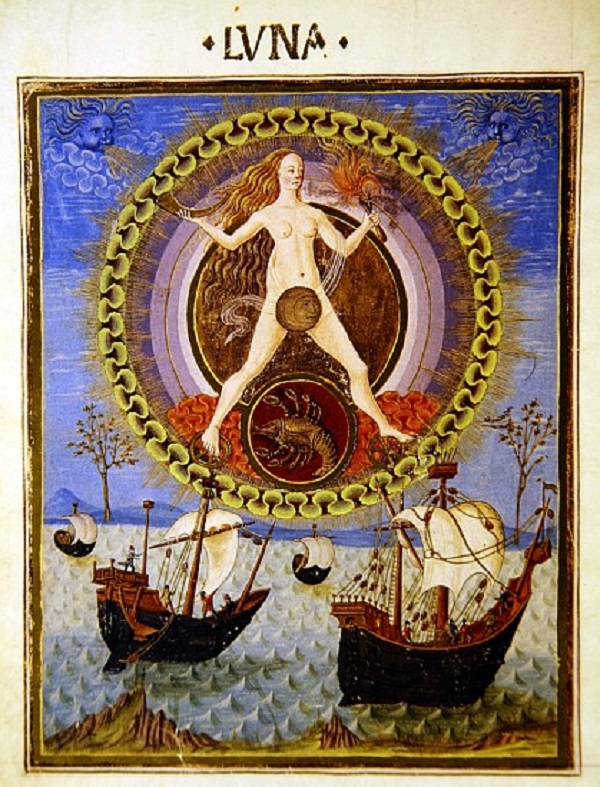