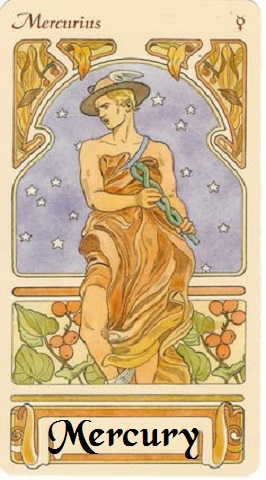 Mercury has a cycle of 88 days and spends approximately 3 weeks in each sign. Three times a year, it moves into Retrograde motion, brining chaos and misunderstandings.

As the planet closest to the Sun, it has the shortest orbit of all the planets. Mercury has always been visible to the naked eye and has been known and recorded since at least the time of the Sumerians (3,000 BC). In ancient Greece it was given two names, as like Venus it rose in both the morning and the evening. In the morning, it was named Apollo and in the evening, as Hermes.

The ancients knew that they were the same planet, just as they did with Venus. Like Venus, Mercury governs two signs, Gemini and Virgo.

In ancient times Heraclitus even believed that Mercury and Venus orbited the Sun, not the Earth. This is truly Geminian thinking and intellect, for it was many thousands of years before it was realised that the world was round, not flat.

Mercury is an erratic and eccentric planet, with an orbit that would produce very strange effects if you were able to stand on its surface. At some longitudes, the Sun would appear to rise, stop, reverse up and stop again before resuming its original path towards the horizon, decreasing in size as it went. At the same time the stars would appear to be moving three times as fast across the sky. If you were standing at other points of the surface of Mercury, you would witness different, but equally bizarre and erratic motions.

As Mercury travels very close to the Sun, it is often hard to see, although it can be seen with the naked eye.

Hermes, Messenger of the Gods, was given ruler ship of Gemini.

To the ancients though, this was not how they saw it. They saw not a planet, 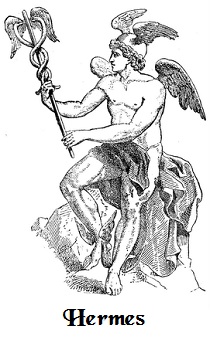 but Hermes himself. With a planet so erratic, no wonder Hermes was such a fickle and unpredictable god.

Mercurial would be the word that would best describe this god. He was impossible to pin down.

Hermes is the God that most resembles the Twins. Born from mother night and Zeus, king of the Gods, he is the child of spiritual light and primordial dark. In fact, one of his tasks was to guide souls on their journey to the underworld. His mother, Maia, was a mysterious nymph who gifted her son the arts of magic and divination. Zeus assigned his son the task of Messenger. But you could never trust whether or not the messages he brought were right or wrong, as he loved to play practical jokes and was known as the trickster .

He is also, however, patron of thieves and liars and was known for his practical tricks. He was not a god to trust completely. When he was just a baby he left his crib and stole the cattle from his brother Apollo, the Sun God. In order to trick Apollo he wore sandals, which faced backwards so that Apollo would look in the wrong direction for the culprit.

When Apollo finally confronted Hermes, he immediately gave Apollo a gift of a tortoise shell lyre and flattered him to such an extent over his singing gifts, that his brother forgot all about the stolen cattle. Thus, Hermes rules the gift of communication and in perfect dual fashion, both communication you can trust and that which you can t. They re often very smooth talkers.

In the ancient world there would often be statues of Hermes at crossroads, as he was the patron of travellers, wanderers and the homeless. 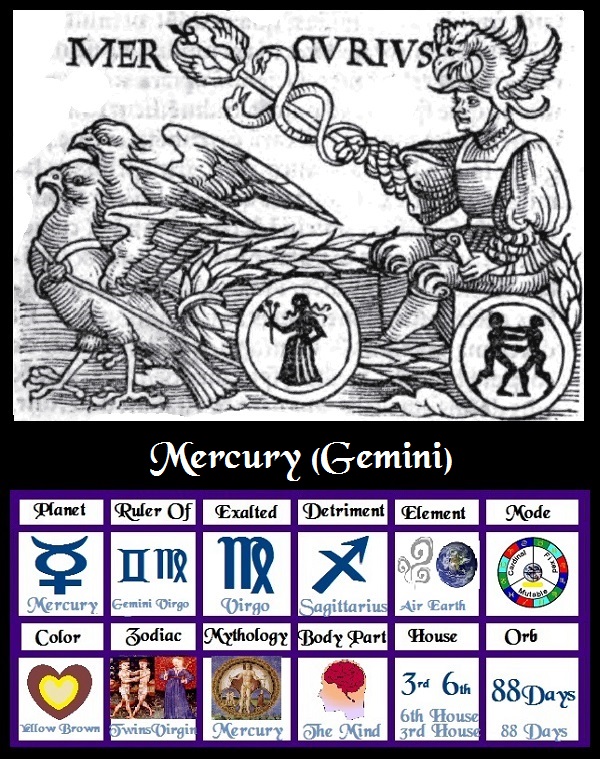 In Gemini we find the duality that comes from the Constellation of Gemini. The concept of twin ship covers all aspects of life. Thus, Gemini s are often said to be able to accomplish many tasks at once. In fact, they need the mental stimulation of many things going on at all times. Forever looking for stimulation, just as Castor and Pollux did. It is from both the Constellation and Hermes, patron of travellers, that Gemini is given ruler ship of travel. It is directly from Hermes that the art of communication comes from.

Great thinkers and writers often have either their Sun in Gemini or have Mercury itself in either Gemini or the 3rd House, the house ruled by Gemini.

Spring is a time of new beginnings and new ideas. Being a mutable sign, it is a time of transition or ending of one cycle and beginning of a new one. It is a sign that is not about starting new things like Aries, or putting in the hard work like Taurus, it is the sign that says How can we do this better ? It is a sign that discusses how the planting went and plans for the coming harvest. It is a sign that looks both back over the season ending and forward to the one about to begin. As an Air sign, Gemini s are an ideas sign.

When any planet moves through Gemini it is filtered down to us through this Gemini energy. Gemini, being the third sign on the zodiac wheel, rules the third house. Any planet moving through your third house is filled with rich Gemini vibes. 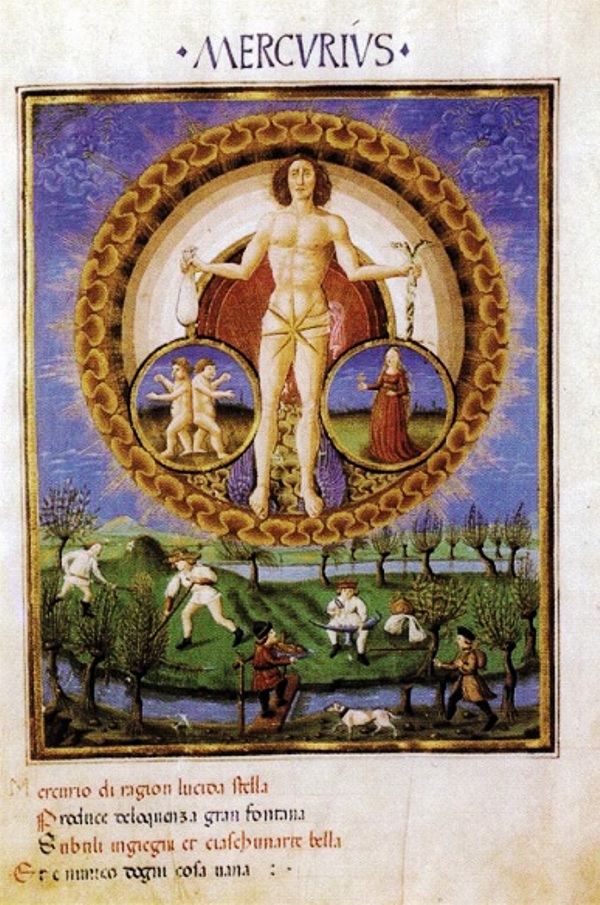