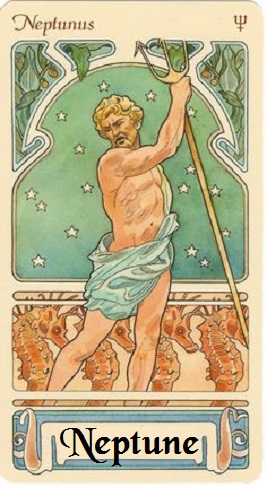 Neptune is the eighth planet out from the Sun and the fourth largest. It is often called Uranus twin planet, for both share a distinctive blue colour. It was discovered on the 23rd September 1846.

In true Neptunium style, it was nearly discovered 200 years early, by Galileo himself. In 1613, Galileo saw Neptune very close to Jupiter, but he thought it was a star. On the nights following, he noticed that it had moved slightly, arousing his speculation that it was in fact a planet. Over the next few nights he was not able to observe it, because of cloud cover. By the time he had a clear view, Neptune had moved below the horizon where it would stay hidden for another 200 years.

Had Neptune been discovered then, which it would have if not for a fluke of nature, it would have predated the discovery of Uranus by 100 years. How typical of the planet of illusion that it would hide behind cloud cover. However, I m of the belief that it was not its time, as each of the modern planets were discovered in a time that reflected its influence.

When Neptune was finally discovered and given rulership of Pisces, the most religious and spiritual of all the signs, it was a time when people were questioning their spiritual beliefs. Up until then religion was akin to politics, yet in the 19th Century people were looking to other means of spiritual enlightenment. Mankind was seen as individual spiritual beings. There was a rise in the Psychic movement, but also in social awareness. Slavery was abolished and the rights of women and the disadvantaged took on an almost religious fervour. Even ether, the gas that allowed for painless surgery and sent the patient into a state of intoxicated unawareness, was discovered the same year that Neptune was discovered.

Neptune was given rulership of Pisces, as it was considered to be the planet of inspiration, dreams, illusion, psychic ability and spirituality.

Neptune is a typical gas planet, very similar to its sister planet Uranus. However, Neptune s winds are the fastest in the solar system, racing at almost 2000 km/hour. Like Jupiter and Saturn, it has its own internal heat source and emits more energy than it receives from the Sun.

Like Jupiter, Uranus and Saturn, Neptune has rings. The outermost one is called Adams after one of the men influential in Neptune s discovery. This ring has three prominent arcs that bear the names Liberty , Equality and Fraternity , all Piscean concepts and all relevant to the time that Neptune was discovered. Neptune has 8 known moons.

Poseidon is the ruling god of Neptune. After Zeus and the Olympian gods won their battle over 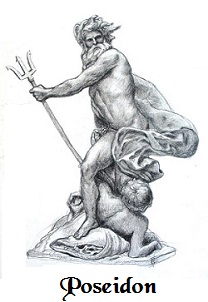 the Titans, one of the first things they did was to release the Cyclopes and the Hundred Handed Ones , from the underworld, where Cronus had held them captive. It was the three brothers who were instrumental in their release - Zeus, Hades and Poseidon. In gratitude they gave Zeus the thunderbolt as a weapon, Hades a helmet of invisibility and to Neptune they gave the trident.

All three brothers are equal in divinity, but not in superiority, with Zeus taking full power. But Poseidon s power was immense. He ruled the oceans and brought storms and crashing waves to destroy those who displeased him and granted safe passage and favourable winds to those that pleased him. Therefore, he was a god that all the Olympian heroes tried to please, but just like the oceans themselves, he was often unpredictable and unruly. As a god he is unstable and often sent great floods to wash away whole cities if they displeased him, until the other gods forbade him.

Poseidon did leave the sea from time to time, even though he wasn t allowed to. When he did, he took on the disguise of a horse, usually a wild stallion that would charge across the countryside. 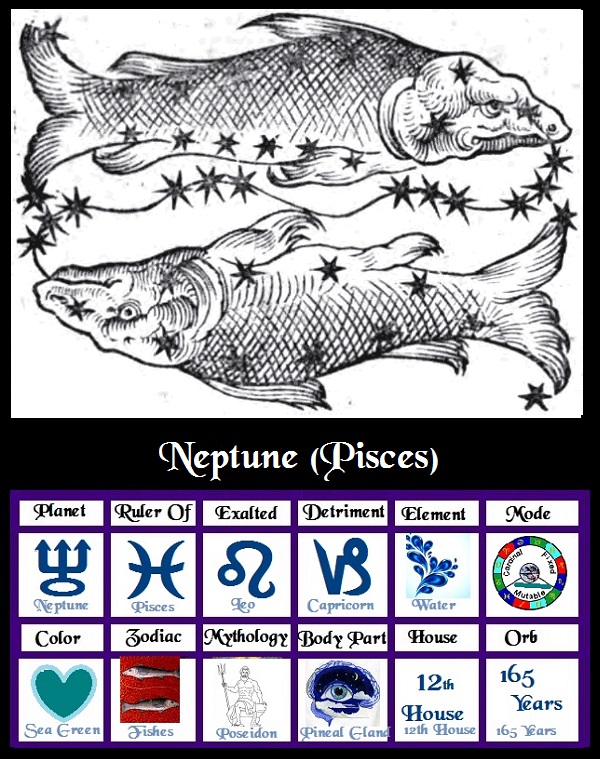 In Pisces we find one of the deepest and most emotional of signs. From the constellation we get the Fishes, one pointing up into the heavens and the divine and the other down to the mundane planes of human life. Pisces energy is able to transcend the two. The Fishes play an integral part in almost every religion, back to pagan times and forward to Christianity. Therefore, it is the sign that rules religious and spiritual themes. It is the sign that rules our souls or spirit .

It has strong and ancient links to Venus/Aphrodite in all her forms and across all cultures. Here we find the Piscean love for beauty, peace and gentility.

Lying deep within a part of the sky known as the Great Sea , it arises from the very depths of our primordial past. It is ancient and its energy goes back to the emergence of life itself, from the sea.

The Planet Neptune and the age it was discovered, gives Pisces its sense of mystery and illusion. Neptune itself managed to avoid discovery for over 200 years, simply by hiding behind clouds on the critical days that it would have otherwise been discovered.

As a season it is full of water, both in the ground and through the rain that pours. As the last sign in the zodiac, it embodies the essence of all the signs that went before it, as it must assimilate the energy of the whole year, in order to begin the new year again. Of all the water signs, this is the deepest and the most emotional. Poseidon energy lives down in these emotions as they run unpredictably, sometimes diving deep down with the Fishes themselves and at other times galloping forward in the form of a wild stallion. 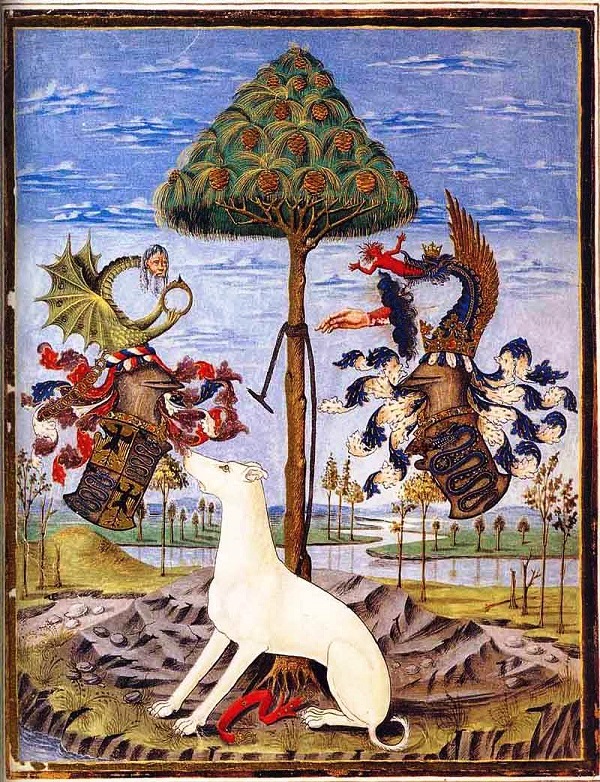