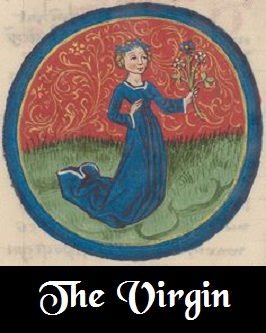 Virgo or the Virgin is said to be one of the most complex and intriguing of the Constellations. Virgo is the second largest of all the Constellations, second only to Hydra. It is also the only Constellation that has a female effigy for its symbol. Whether man or beast, apart from Virgo, they are all male. So, Virgo alone stands as a representation of all that is female. In fact, it is said that the Virgin embodies a small aspect of all the Goddesses.

Since antiquity and in all cultures Virgo has been the Constellation that rules agriculture and all myths revolve around the same central theme. In Greek mythology it is that of Demeter (Earth Mother). In Egypt she was Isis, in Assyrian culture she was Baalita, in Sumerian-Chaldean mythology she was Ishtar or Inanna (Queen of Heaven, Queen of the Stars). Right down, in fact, to Christian symbology, where she is the embodiment of the Blessed Virgin.

Since the dawn of civilisation Virgo has ruled the harvest. Worship of the goddess of the harvest took place every year at harvest time, when the Sun was moving through the sign of Virgo. 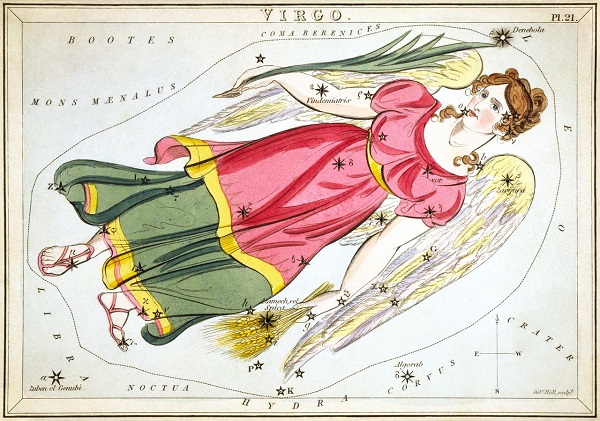 In old star maps she is depicted as Astrea, Goddess of Justice. She is depicted holding a sword in one hand, scales in the other. The constellation of Libra (the scales) lies very close to Virgo. But it is as the Goddess of agriculture, grain and harvest that she is best known. The Sun travels through the constellation of Virgo in mid September making it the sign that signals the Harvest.

Demeter is the Earth Goddess, or Earth Mother. It was her that regulated the seasons. It was through her that women were taught to grind wheat, how to make bread and the knowledge of plants. In late summer the people gave thanks to her for the rich bounty of the earth. She governed all the cycles of nature and all growing. She presided over gestation of both plants and human life. She blessed the married.

Virgo is a very feminine sign and is one of matriarchal energy. She is said to have brought to man the art of ploughing and tilling the soil and to women the arts of grinding wheat and baking bread.

Demeters daughter was the beautiful Persephone (Core). Hades (lord of the underworld), while driving his chariot across the land, spied the beautiful maiden. He clutched her and took her down with him into the underworld. Demeter searched the world for her beloved daughter. In her grief and rage she neglected the cycle of the seasons and the world went into perpetual winter, in mourning just as Demeter was. During this time the world had become barren and humans faced starvation (the Ice Age). It was her brother Zeus who had to intervene in the end. Helios (Sun) and Hermes (Mercury) played their roles as well. A compromise was reached, whereby so long as Persephone had not eaten the food of the Underworld she could return. Persephone had, however, eaten the seeds of a pomegranate, the fruit of the underworld. 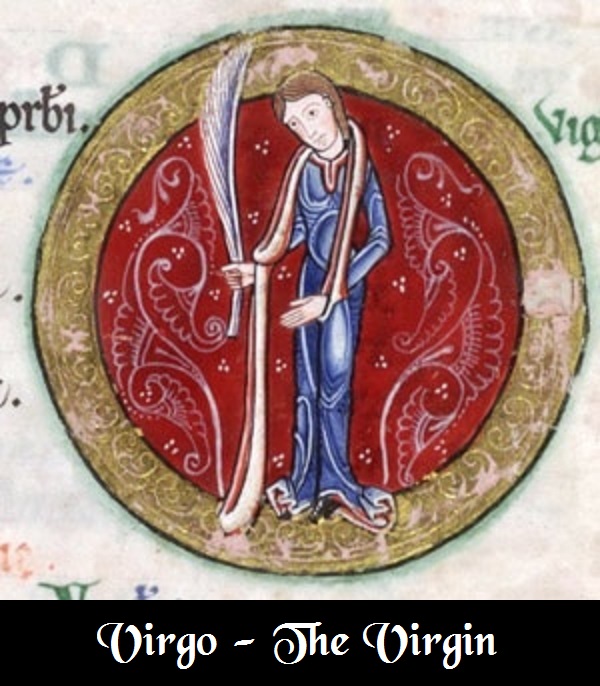 Because she had not eaten all the seeds, it was decreed that she should spend part of the year in the underground with Hades and part of the year with her mother. Demeter accepted the compromise but never totally accepted it. When the time nears for Persephone to return, Demeter celebrates and the world is decked in the splendour of spring. When the time nears for her return, Demeter begins to mourn. While gone, Demeter goes into total mourning this is winter.

It was Triptolemus who, with his brothers, witnessed the rape of Persephone and told Demeter where she was. In gratitude, Demeter instructed him in all her mysteries and taught him all she knew.

She then sent him out into the world with the plough and a bag of seeds, to spread the knowledge of agriculture around the world.

This story is repeated in almost every culture with different names but in the same theme.

The Virgin is always depicted holding a sheath of wheat.

Demeter, Persephone and Hecate (Moon) form collectively what is known as the Goddess in Triad (Moirai) maiden, nymph and crone