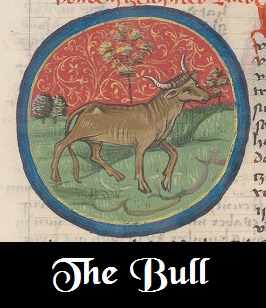 The constellation of Taurus is the representation Of a Bull, a snowy white bull. The bull plays an important role in numerous mythologies and across all societies.

In has been recorded that the Babylonian version of Venus was spurned by Gilgamesh (the first ever recorded hero) who accused her of destroying all her lovers. In rage, she got her father to create a Bull of Heavens to destroy him. To this day, Venus rules Taurus.

Worship of Taurus the Bull dates right back to the Taurean Age (4139 BC to 1963 BC). The great Taurean Age was when the Pyramids, stone circles and other great feats of architecture were built. It is one of the Taurean traits to want to build things that last. The Bull has long played a major role in fertility worship. The bulls horns are said to represent fertility, growth and regeneration, all analogies of spring, the season in which Taurus falls. 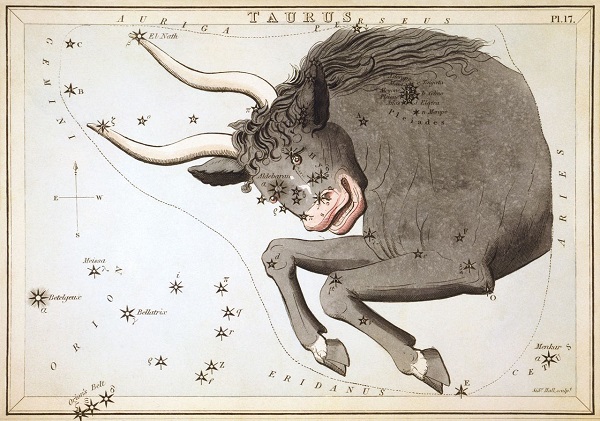 For even the Druids the Bull was an object of worship. One of their greatest religious festivals is called the Tauric, held when the Sun entered its boundaries. The Tors of England are said to be an old site of the Taurine cult.

The Bull is often depicted as rising from the ocean. This is a depiction of one of the most universal myths surrounding Taurus the Bull. It is said that Zeus turned himself into a Bull in order to seduce the beautiful Europa. He had a habit of turning himself into animals or other forms in order to get close to and seduce the object of his desires. He then hid himself amongst her fathers herd.

Drawn to the attractiveness of the Bull she gradually overcame her fear of the massive beast, first stroking him and eventually climbing onto his back. He took off over the seas and they eventually landed in Crete where Zeus revealed himself, pledging his love for her and gifting her all the land she could see Europe. 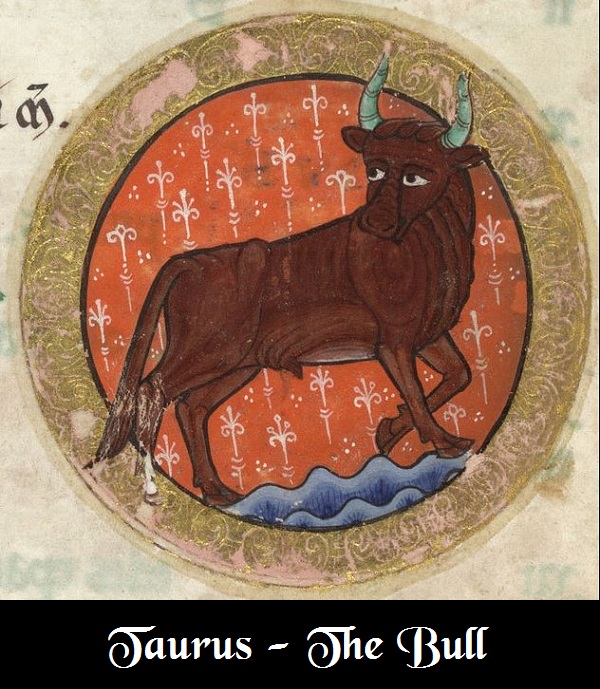 In every culture the Bull was a powerful phallic symbol. As the sign that is rising during the vernal equinox, its starry body was said to be the incarnation of the Sun the vernal equinox takes place in the constellation of Taurus and in ancient times was often referred to as the breaker of the year.

Even the story of the Minatour and the labyrinth of Minos is that of the Bull. King Minos raised the wrath of Poseidon by refusing to sacrifice a white bull.

To punish Minos he afflicted Minos wife, Pasiphae with a love potion so she would lust after the Bull and mate with him. She did and the result of that union was the Minotaur, a creature half man and half beast, so shameful that a labyrinth had to be built to hide the creature. This is a story that represents our own shame over our bestial passions. Taurus is a very sensual sign.